Marketing to Women: Gender Lines Are Being Blurred 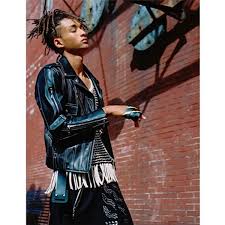 Definitions of gender are becoming more blurred in today’s society as two-thirds of young adults say their generation is pushing the boundaries of what feminism and masculinity look like.

In the past year, the Oxford Dictionary adopted the gender-neutral prefix Mx. and Seattle embraced gender-neutral public bathrooms, while Pantone singled out gender-neutral colors in its latest color-trend report. Transgender narratives are both in real life (Caitlyn Jenner, Laverne Cox) and onscreen (Transparent, The Danish Girl). Culture has begun to shift away from binary notions of gender.

Jaden Smith, son of Will Smith, is breaking down gender norms by sporting skirts for Louis Vuitton’s Spring womenswear collection. Louis Vuitton’s press release says Jaden “represents a generation that has assimilated the codes of true freedom; wearing a skirt comes as naturally to him as it would to a woman.”

Miley Cyrus has called herself gender fluid. She says “I didn’t want to be a boy. I kind of wanted to be nothing. I don’t relate to what people would say defines a girl or a boy, and I think that’s what I had to understand: Being a girl isn’t what I hate, it’s the box that I get put into.” Eddie Redmayne introduces us anew to the gender identification struggle of artist Einar Wegener in the movie The Danish Girl.

The 2013 Cassandra Gender report found that 60% of people between the ages of 14 and 34 think gender lines are blurred and nearly two-thirds of the group say their generation is pushing the boundaries of what feminism and masculinity look like. The survey reveals that “gender is less of a definer of identity today than it was for prior generations. Rather than adhering to traditional gender roles, young people are interpreting what gender means to them personally.”

A January 2015 poll by media company Fusion found that among Americans aged 18–34, 50% believe gender exists on a spectrum, while just 46%  believe there are only two genders.

What does it mean for marketers? Marketers can choose to acknowledge it and show this generation that they get it in their language and offerings.

Gender neutral, inclusive language has become more correct. People who do not identify as male or female prefer the pronoun “they,” rather than “he” or “she.” Rather than saying congressman, you would refer to a legislator. The “common man” becomes the average person. A policeman is now a police officer.

Unisex is a more prolific offering. Vivienne Westwood created a unisex collection for autumn/winter 2015–2016 as did Alexander Blanc, whose male and female models even swapped clothes on the runway during Cape Town Fashion Week in 2014. Harrods and Target groups toys by theme rather than male or female. Models like Elliott Sailors, Rain Dove, and Erika Linder are carrying out runway careers as menswear models.

§ One Response to Marketing to Women: Gender Lines Are Being Blurred

You are currently reading Marketing to Women: Gender Lines Are Being Blurred at The Lipstick Economy.